I have learnt that courage is doing what you're afraid to do and there can be no courage unless you're scared.
- Carol -

I  promised to do posts on #LupusAwareness on this month of May to pay respect to the unsung fallen soldiers and the silent brave warriors of this monster called Lupus. Before i continue, this is to alert you that this is going to be a long post, one that will leave you with nothing but respect to the people living with lupus and any other auto-immune disease there is. In addition, you will just feel like taking that minute and thanking God for good health, mobility and peace to do even the least of things.

I was just from work when i called Carol and asked her if she was okay if i featured her story here on the blog. Poised and calm she promised to delivery all the information i had asked for. True to her words, she shared her journey with Lupus and how she defied all the odds to get through her pregnancy despite the many challenges she faced. I will divide the post into two; before and after her pregnancy.

Read what Carol wrote on her journey with lupus below.

Caroline is my name and I would like to share with you what many fear to boldly talk about. Hush tones have defined who we are, because we may speak up and be cast away. The more difficulties I have encountered in my life's journey,the more significant and the higher inspiration my life has been.


I have come to realize that life is simple but we insist on making it complicated. We are ruled by fear of the unknown. I had lived my life in fear but now i can truly authenticate that nothing in life is to be feared, it is only to be understood. This is the time to fathom more and fear less. This is how it all began....


It was towards the end of 2007 when I started complaining of joint pains and swelling of hands and legs. I visited many clinics which would give me medication that worked for a transient but once the medication was over my symptoms would reappear.I visited more doctors some of which associated the symptoms with the effects of contraceptives which i gladly withdrew but to no avail.

Towards the middle of 2008 I met a Consultant Physician whom I gave my story and the medications that I had been on. He advised that I run some tests which i later learnt that they are only done in South Africa. When the results came in after three weeks of a tensed up wait, the Doctor called and told me that I had SLE (Systematic Lupus Erythematosus) commonly known as Lupus.

P.S : SLE (or simply "lupus") is a treatable, chronic, autoimmune, inflammatory disease that can affect any organ in the body and in a pattern that varies greatly from person to person. Lupus is characterized by autoantibodies.

SLE is a chronic illness, which means that the disease is lifelong (however, most persons with SLE will not be continuously sick for the rest of their lives). Autoimmune means that there is a disorder of the immune system which cannot tell the difference between the person's own tissues and foreign tissues.

This conflict leads to inflammation (the normal body response to injury or infection) in various organs which causes the symptoms of lupus to appear. If severe or untreated, this inflammation may cause organ damage and loss of function. Autoantibodies, meaning antibodies directed against one's self, are involved in this process and are typical of SLE.

''This I have never heard,'' I told the doctor.

I could not believe my ears I felt like I was dreaming but the doctor was so kind and encouraging. He gave me hope by telling me that SLE is treatable using immuno-suppressant. The cause of the disease is unpredictable, with periods of illness called flares alternating with remissions. The disease occurs nine times more often in women than in men, especially in women in child-bearing year’s ages 15 to 35.

I was given drugs to reduce the inflammation and pains. I had my moments of disbelief and denial. This led to me not taking all the drugs i had been given since I could not accept I had the condition at my age. All my dreams seemed shattered and felt I had no purpose of living.


After a few months, I suffered stress related symptoms which saw me hospitalized for two weeks. The doctors kept on advising me on how to take it positive but it was too hard for me. March 2011 I fell ill again and this time it was very serious. I could not walk, had difficulties breathing, high fever and pain all over my body which saw me hospitalized again and supported with Oxygen for about two weeks. I was walking on thin ice, death seemed to flash right on my face.

This is when I realized I should start honoring my being, release each and every struggle, gather strength from life's storms and move on with life. In that frail moment, I remembered what God has told us, that He will never give us a cross that we cannot carry. Also that every one of us has a cross to carry and that His Grace is sufficient. From there and then I started accepting an appreciating whatever comes.


Lupus has changed my life.

Most of the duties that i enjoyed and could comfortably handle on my own are so much of a task to do now. I adored my long drives and  strong fragrances; these are now part of my hindsight. I had to adjust and adopt my new lifestyle.

I am forever grateful to the founder (may her soul rest in eternal peace) of the Lupus Foundation of Kenya for her support, caring heart and kindness she  showered me during my moments of acceptance and discovering myself through the whole phase; she was really a God’s sent angel to me and many others that interacted with her. In addition i will forever cherish the Lupus Foundation group members for your undying love, sweet encouraging words and the hope that you all give to each and every one in the group. You are my family and together we know this monster will not take us down without a fight. You all rock my warriors. I cannot also forget to thank my family and friends who have stood by me all through. I may not say it as often,here goes... Thank you thank you!!!


I have learnt that courage is doing what you're afraid to do and there can be no courage unless you're scared.


My condition has drastically stabilized and am now under low medication. I am very happy of who i am and will forever be grateful to God for what I went through because I have learnt a lot and i have drawn closer to Him. He is my Savior and my redeemer.I made it.It didn't end who i am.Together, let's find cure to this monster, let's raise awareness and speak in bold about it. If not now, when? If not us, who will?....


Look out for part two, where Carol talks about her pregnancy and lupus! Thank you for reading to the very end of the post, feel free to leave a comment or a question or a message to those living with Lupus. 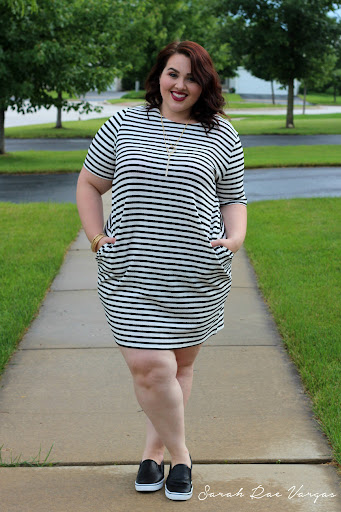